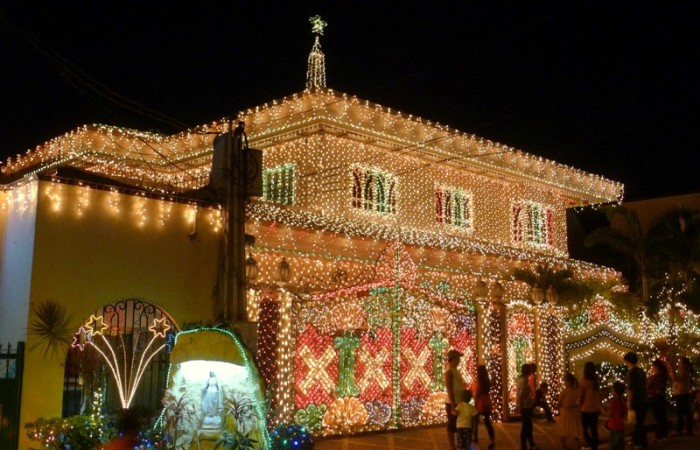 Hello!  How was your Christmas?  Mine was great!  It was generally stress-free, and I finally got my wish to see the illuminated houses at Policarpio Street in Mandaluyong! One of the things I look forward to in December is being surrounded by Christmas lights.  Not just because they are visually entertaining, but because light is one of the important symbols of Christmas.  ... END_OF_DOCUMENT_TOKEN_TO_BE_REPLACED

I was doing a back-up of my picture folders the other day, and saw these Cebu pics that I haven't shared with you yet.   You really could tour the city in one whole day! Here are more of the places that we went to see in Cebu City: Magellan's Cross.   Sto. Nino Church or Basilica Minore del Santo Nino  (just beside Magellan's Cross).  This is where you will find the ... END_OF_DOCUMENT_TOKEN_TO_BE_REPLACED

Fort San Pedro is to Cebu as Fort Santiago is to Manila.   It was built in 1738 and served mainly as a military defense structure, first by the Spaniards against Muslim raiders, and later by the Filipino revolutionaries against their Spanish conquerors.  At present, Fort San Pedro is being maintained as a historical park, while part of it has been turned into a museum with ... END_OF_DOCUMENT_TOKEN_TO_BE_REPLACED

The Taoist Temple in Cebu City is easily one of the places that you will love to take pictures of - with its colorful temples, structures and oriental figurines that clearly showcase the best in Chinese architecture.   It's actually not just one temple (as its name suggests), but a number of temples nestled inside a wealthy subdivision named Beverly Hills.   It is the center of ... END_OF_DOCUMENT_TOKEN_TO_BE_REPLACED

Despite being a highly urbanized city, Cebu City nurtures one of the oldest ancestral homes in the Philippines, and perhaps the oldest Chinese home outside China.    AJ and I were able to visit this quiant ancestral house last Easter Sunday and, being the only visitors at that time, it felt more like a private tour! Welcome to the Yap-San Diego Ancestral House/Museum. You ... END_OF_DOCUMENT_TOKEN_TO_BE_REPLACED

We spent only 1 full day and 1 full night in Bohol (not including the travel time to and from Cebu), but still we were able see most of what the island province has to offer.   The secret to doing that is to manage your time properly and to plan your itineraries well.   The latter is very important because most tourist destinations in Bohol are located at different towns so try ... END_OF_DOCUMENT_TOKEN_TO_BE_REPLACED

Couldn't help but be amused at the controversy (although mild) the new tourism slogan generated when it was launched (or rather "leaked") in social media yesterday. From the very unpopular "Pilipinas Kay Ganda" (sounds like Vice Ganda, eww)... which looks very much similar with Poland's country logo (in font and concept)... the new DOT team came up with this new ... END_OF_DOCUMENT_TOKEN_TO_BE_REPLACED