Fort San Pedro is to Cebu as Fort Santiago is to Manila.   It was built in 1738 and served mainly as a military defense structure, first by the Spaniards against Muslim raiders, and later by the Filipino revolutionaries against their Spanish conquerors.  At present, Fort San Pedro is being maintained as a historical park, while part of it has been turned into a museum with Spanish artifacts inside (info from Wikipedia).

On the day we visited Fort San Pedro, AJ and I were surprised to find lots of Korean tourists inside, complete with Korean tour guides.  I wonder if they were able to appreciate the historical value of this fuerza which, interestingly, is the smallest and oldest triangular bastion fort built in the Philippines. 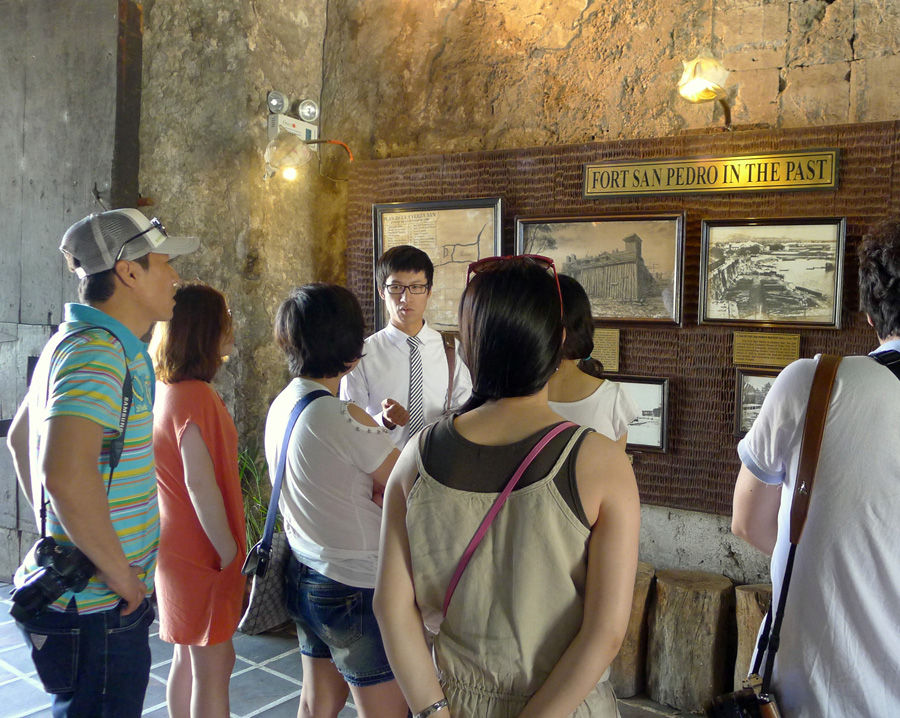 This is AJ looking through the old pictures of Fort San Pedro, which you will find just right at the entrance.

There’s an entrance fee of P30.00 per head at Fort San Pedro (is that cheap?).   It was a crazy, hot that day we went there (and that was last April only) but we managed to see most of the structures inside.

Most parts of the building were “restored” by the Cebu government to make it look faithfully close to the original, with coral stones being hauled from the Cebu seas which were cut and polished to fit as blocks (from Wikipedia).

One of the cannons still intact at Fort San Pedro (I was not able to take note though of how many cannons survived at present). 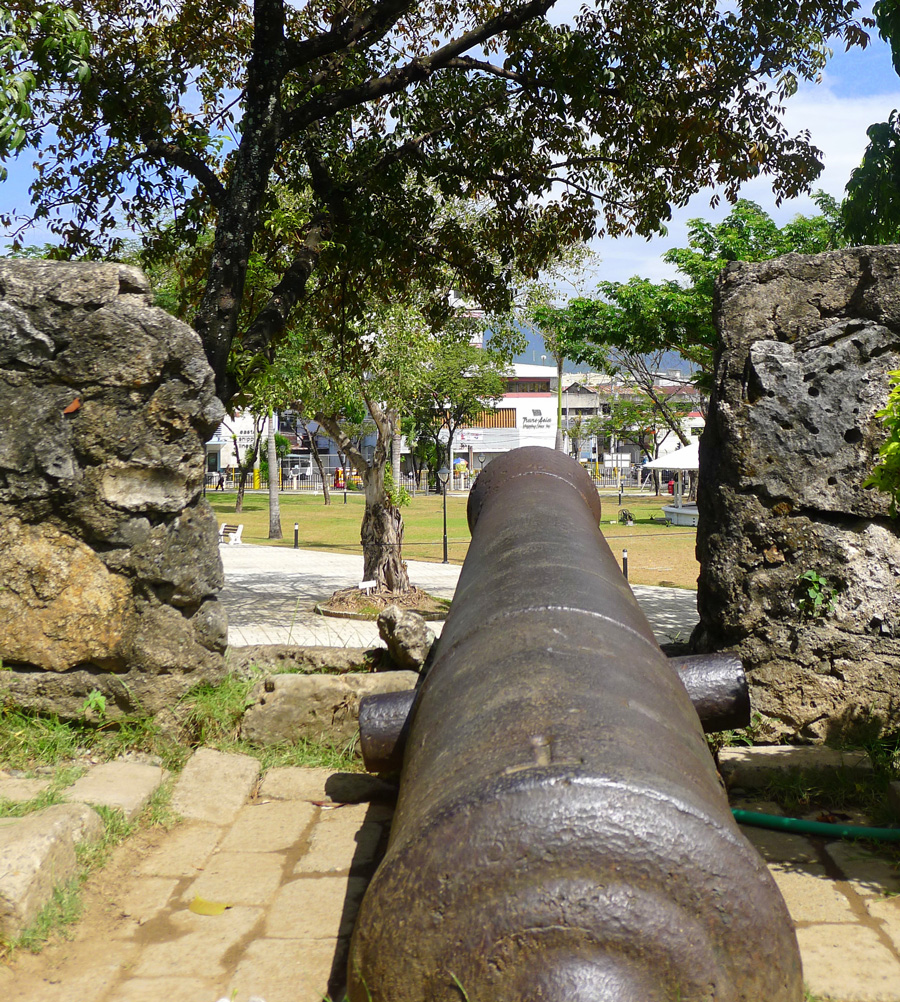 “Cuerpo de Guardia” is where the personnel that manned the fort lived. 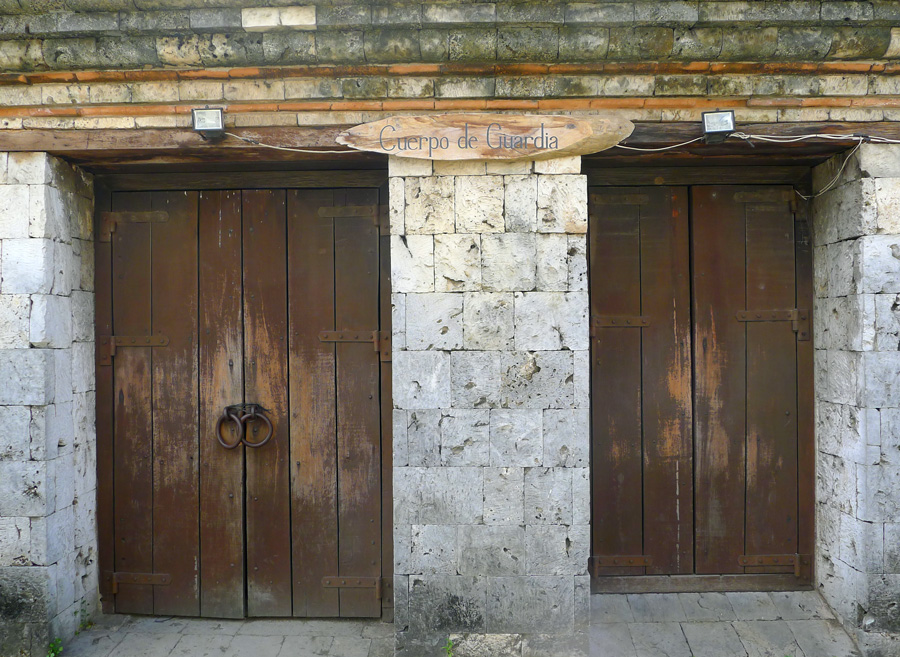 The facade inside the entrance to Fort San Pedro. 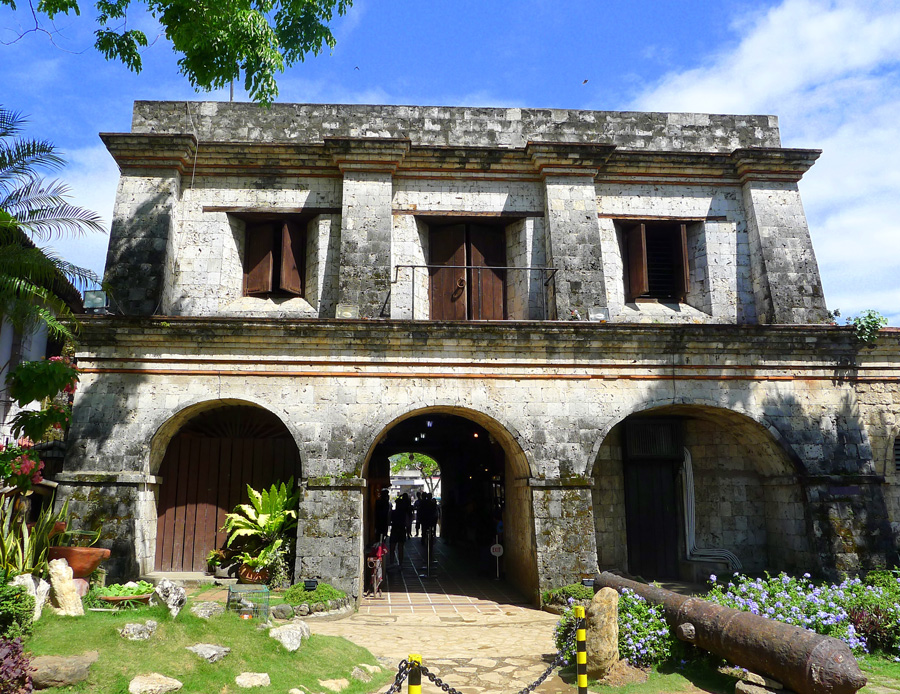 Thankfully, we found this cool spot inside the Fort to chill on. 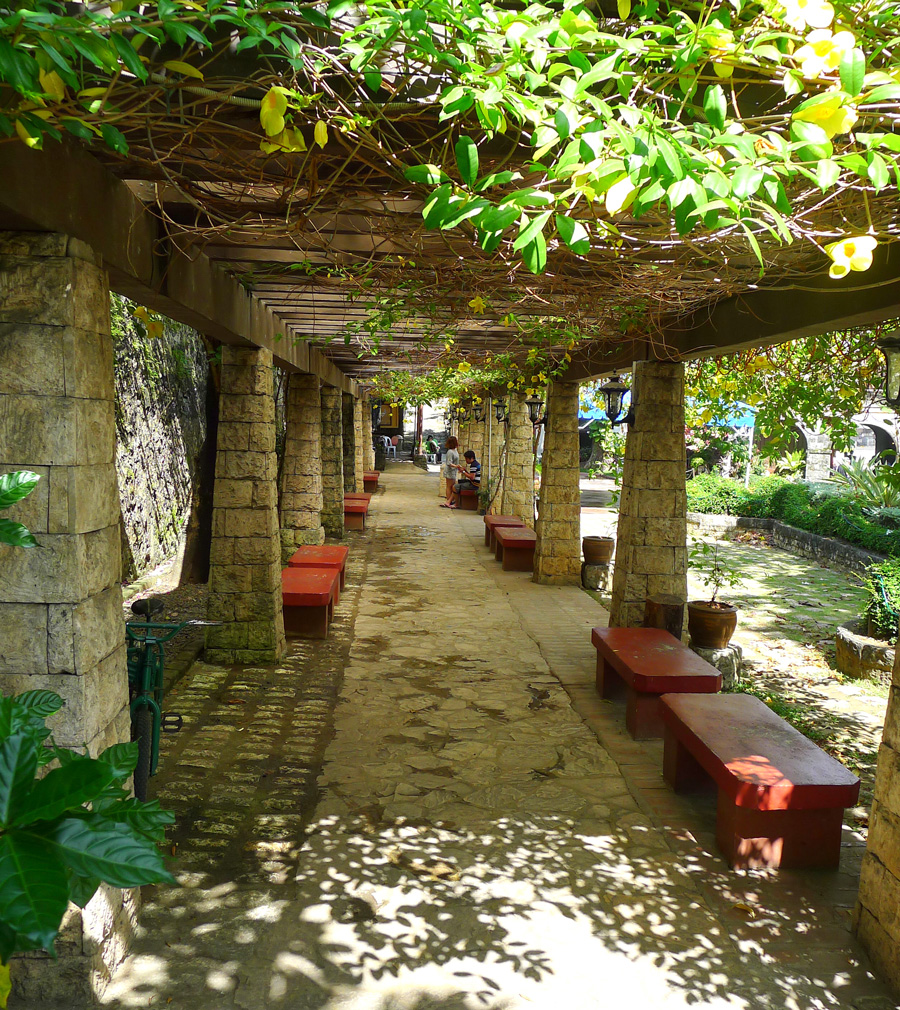