The Uber car has my best friend this past few weeks.  You see, we have sold AJ’s 20-year old car and bought a new one as replacement but it is just taking too long to be released to us so we resorted to commuting – the Uber way.

But Uber Manila (which I first featured here) has spoiled me so much that it has now become a habit of mine to guess what kind of Uber car will pick me up in the morning: an Altis, Vios, Montero, Innova or Fortuner?   Napapatingin na nga yung mga guards sa office namin because I “bring” a new car almost every day, with matching driver pa who opens the door for me hehe! 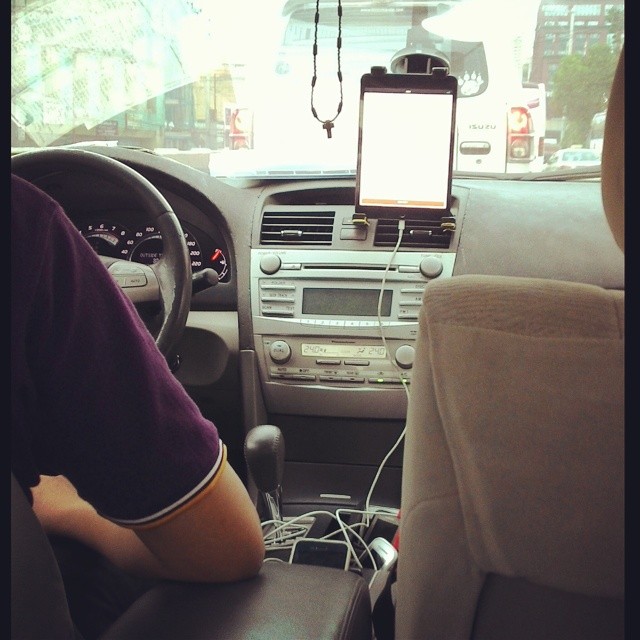 Compared to when I first tried the Uber service last March, I find it much easier now to request for an Uber car.  That’s because there are more Uber cars now than before, which can only mean that Uber Manila is really growing!  Hooray for that!

I’ve accepted this surge pricing option twice last week when it rained so hard (post-Glenda) and getting a cab was next to impossible.  It’s in times like this that I appreciate Uber’s service because an Uber car will not turn down a ride.  Once the driver has confirmed and is en route, may kontrata na kayo.  You most definitely won’t get this kind of service in a taxi. especially with such a bad weather.

I also discovered that I can actually have someone “fetched” by an Uber by changing my location and pinning it to where the passenger is. I first tried it with my brother Dino who arrived from Cebu last week.  I had an Uber car pick him from the airport.

I checked the map to see if there’s an Uber car near NAIA 2.  Luckily I found one, so I set the pick-up location to NAIA 2 and then pressed the “Request Black Car” button.  To be sure, I called the driver assigned to me and told him that his passenger is my brother.  I gave him the exact location at the airport where he’ll be picked up.

After relaying the info to my brother, and told him that the Uber car will be there under 10 minutes, binulaga nya ako with this text:  “Okay, pero hindi pa k’me pinapalabas ng plane.”  Nakow!

It’s a good thing there’s a 10-minute waiting time for Uber passengers (after which your ride will be cancelled, sorry!) and this gave my brother enough time to run to the exit door hehe! 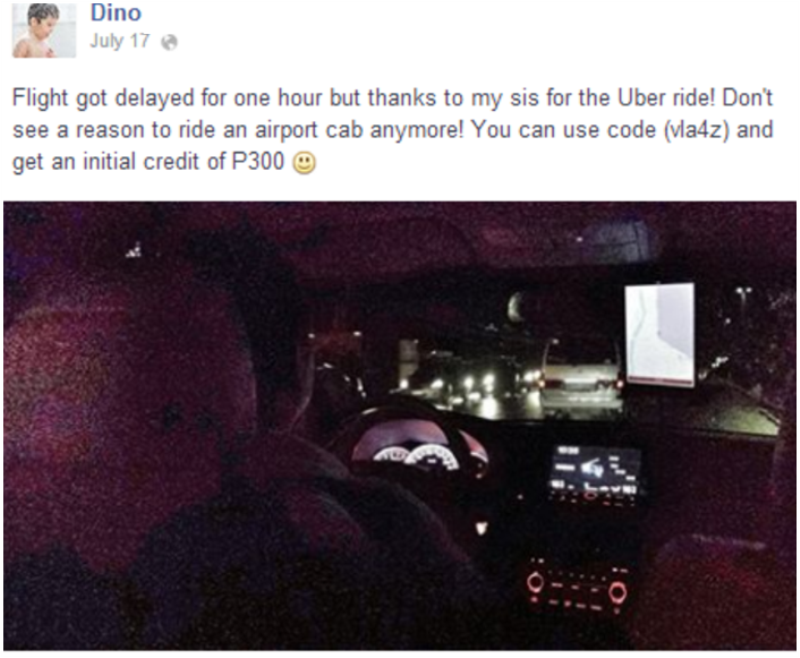 AJ too became a regular Uber rider.  As we have no problem requesting for an Uber car from Makati, it became his regular ride going to The Fort, where he works.  Actual fare ranges from P140.00 to P170.00, depending on the traffic.  AJ said that in a regular taxi, his  fare averages to P150.00, including tip to the driver. 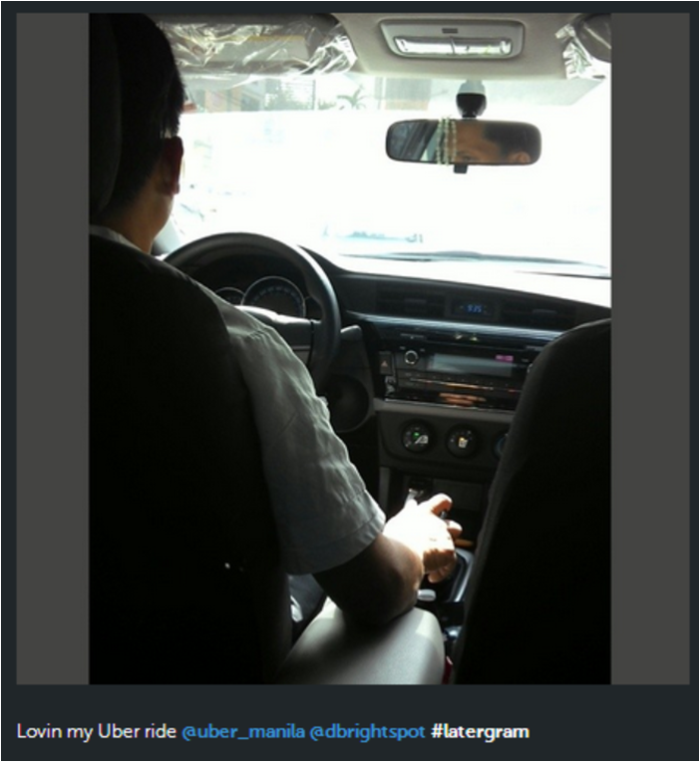 I believe that the extra premium we pay for Uber’s service is acceptable, considering that we ride in a brand-new car and we are at the hand of a careful driver.

I also noticed that Uber drivers are not only courteous, but professional as well.  They know how to interact with their passengers, but not in an annoying or prying manner.  When they are not sure of the direction of the route, they will courteously ask you about it.

To those who are wondering, here’s how you can request an Uber car using your iPhone or Android: 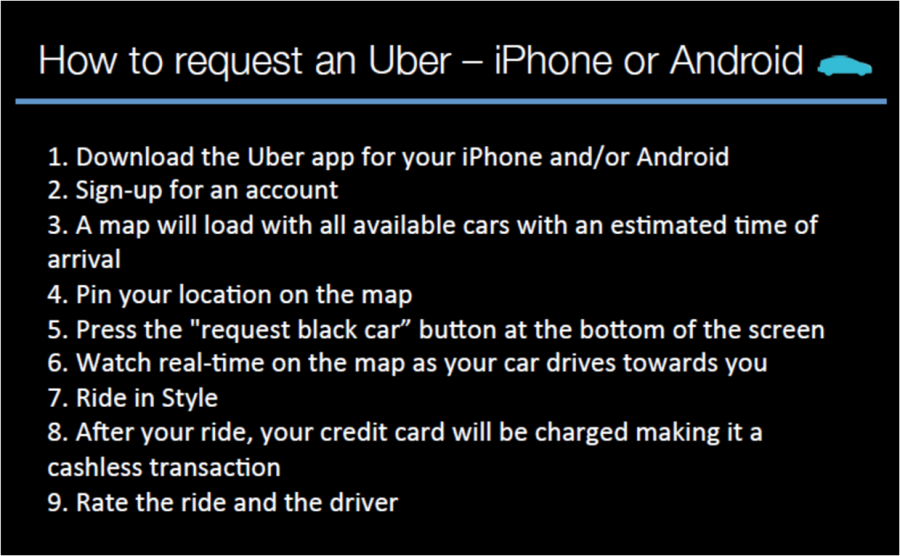 Want a free Uber ride?  Let me give it to you!  Use my voucher code vla4z when you sign-up at UBER to get P100.00 FREE credit that you can use right away!