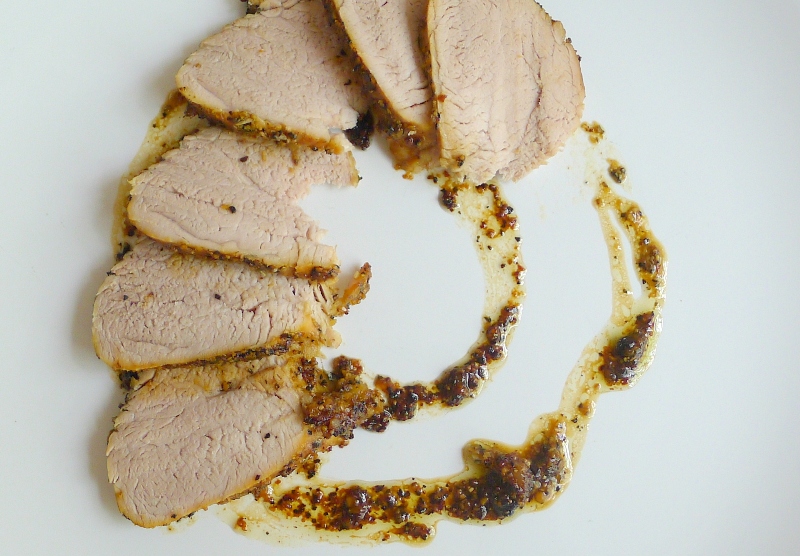 Another cooking milestone for me:  baking my first roast pork using just 5 ingredients:  pork tenderloin, 2 kinds of seasonings, olive oil and salted butter!  My pegs were Patricia and Ree’s roast beef recipes, but I used pork tenderloin instead of beef. 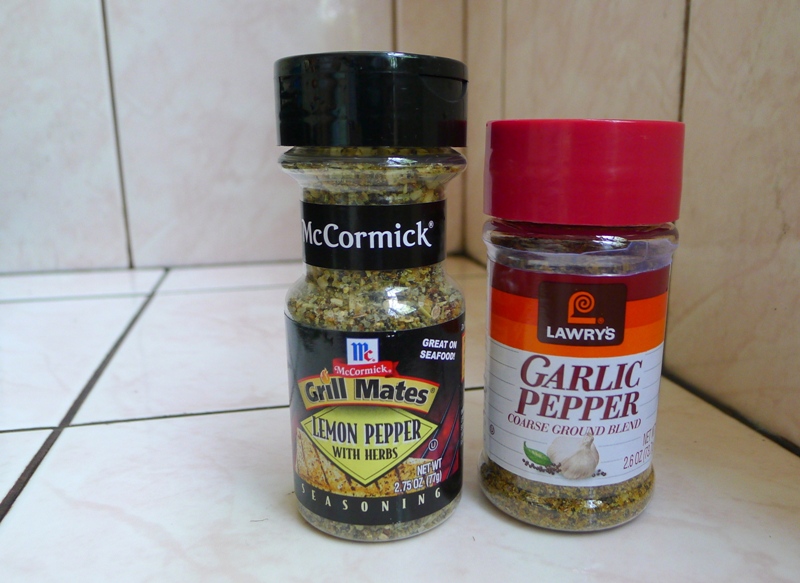 Here are the easy steps I followed in making my own Roast Pork Tenderloin: 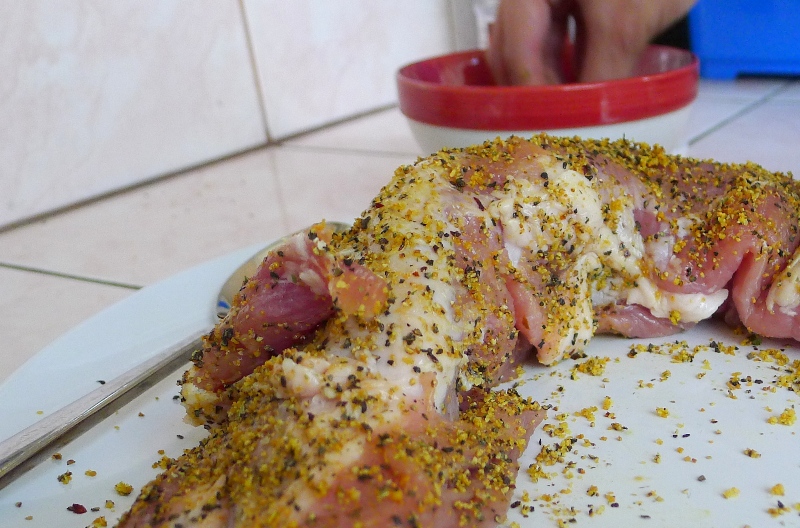 2.  Next, prepare the meat for searing.  Heat up a frying pan and put in olive oil.  Once the oil is in smoking point, place the pork to sear it.  Add 2 slices of butter (I used Anchor’s salted butter) and sear both sides until brown. 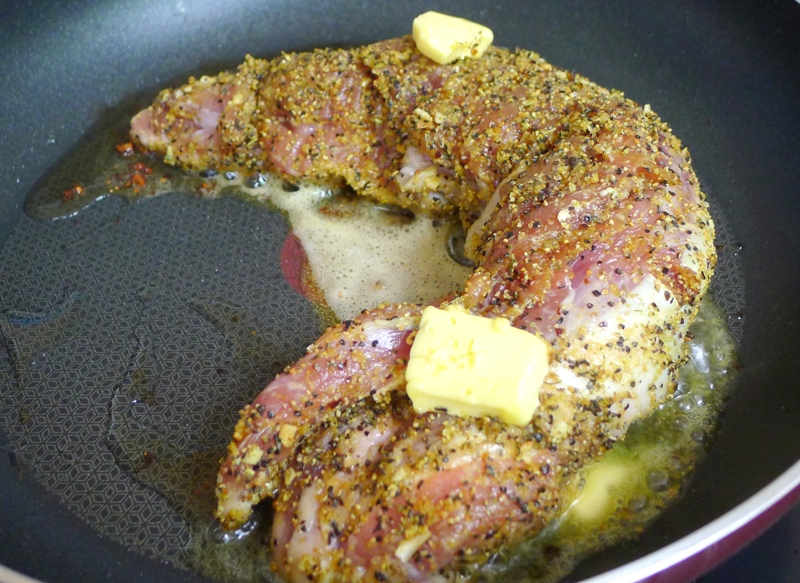 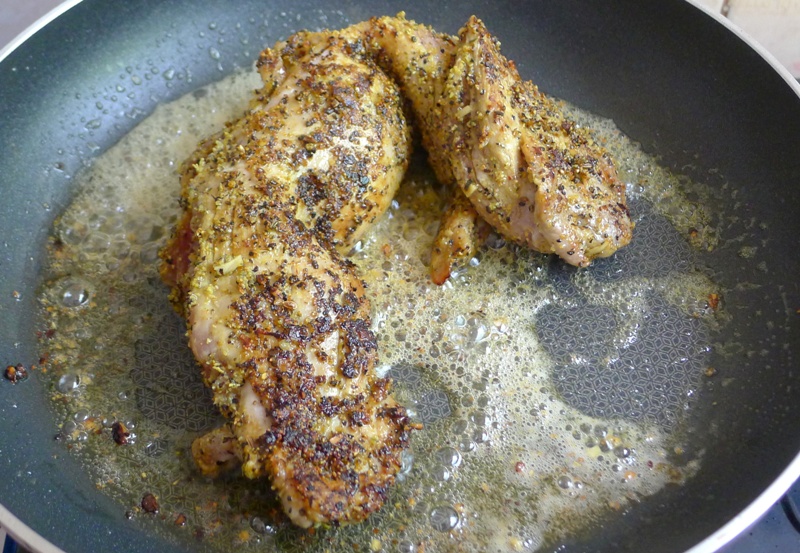 3.  Prep the seared meat for baking.  Place it in a baking pan, add more slices of butter (I placed 5 slices of butter on each side) then season again with Lawry’s seasoned salt.  I didn’t put McCormick’s anymore because it’s more of an herb seasoning and baka mag-iba pa ang lasa. 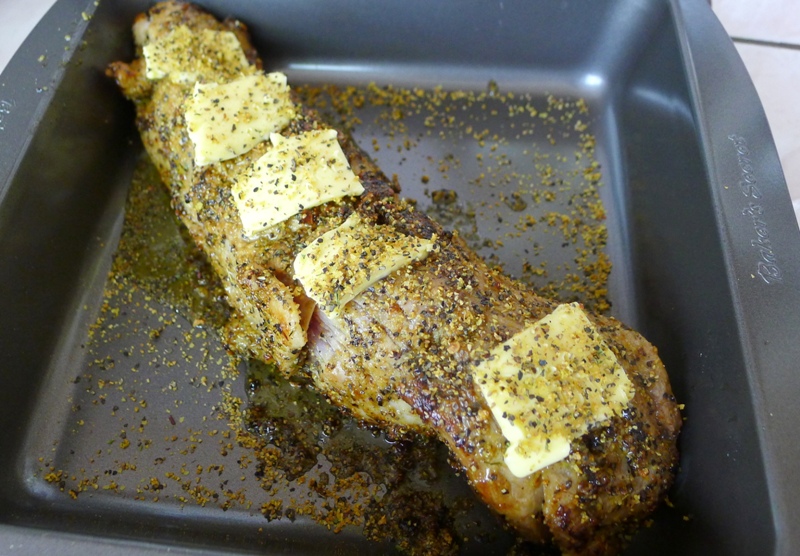 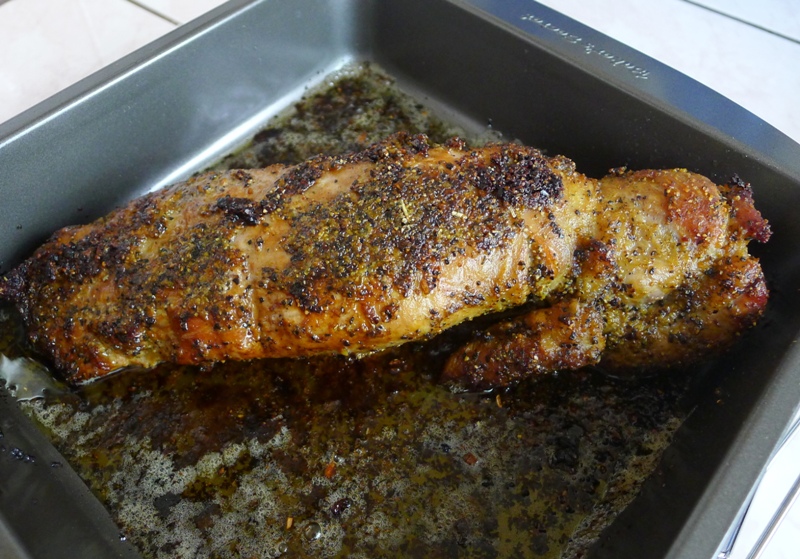 The good thing about baking pork (instead of beef) is that there’s no need for me to use a meat thermometer.  Pork meat cooks faster than beef, and hindi ko na kailangan isipin kung rare, medium rare or well done ang gagawing luto.

As you can see, I skipped a lot of steps in Patricia and Ree’s recipes but the results were still outstanding!  The meat was very tender and it has a really nice garlic pepper flavor, thanks to Lawry’s and McCormick!  We so love it! 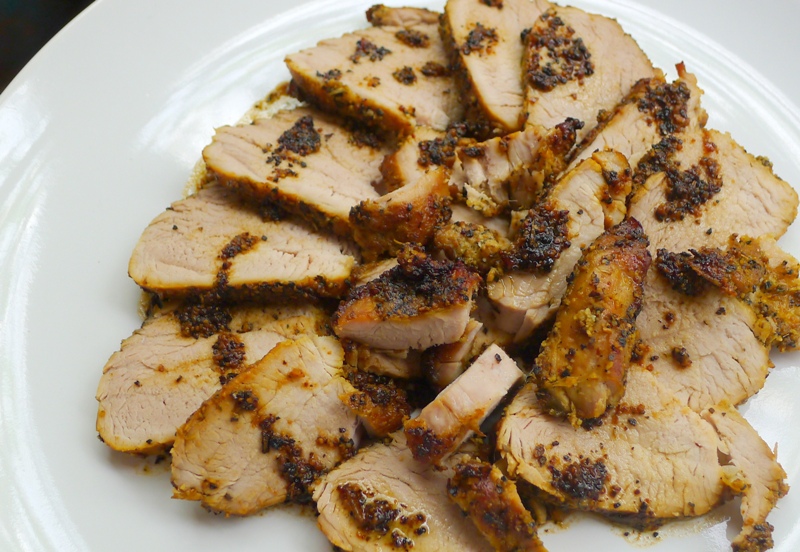 Another plus point for me in using pork:  hindi siya mahirap i-slice.  Arrange the sliced roast pork tenderloin in a plate, then top with some of the butter oil sauce left in your baking pan, for added flavor.

So simple to do, right?

I hope you can try this in your next weekend lunch or dinner.  Enjoy!