This is the continuation of AJ’s article on The World of Toyota, the special motor show he attended last Saturday at the World Trade Center, and which he gushes about until now.

The next section I went to is of the Toyota concept car, the FCV-R.  This is another showcase of Toyota’s attempts at alternative fuel engine systems.  This concept car runs on hydrogen fuel cells, and emits no harmful gases but only water vapor.  Toyota says the design philosophy and the technologies will be available for mass production by 2015.  How cool is that? Way cool! 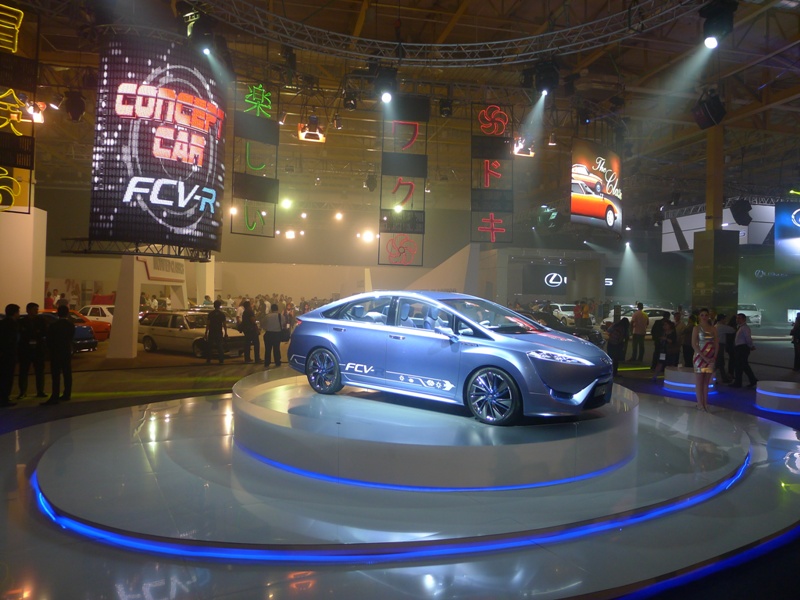 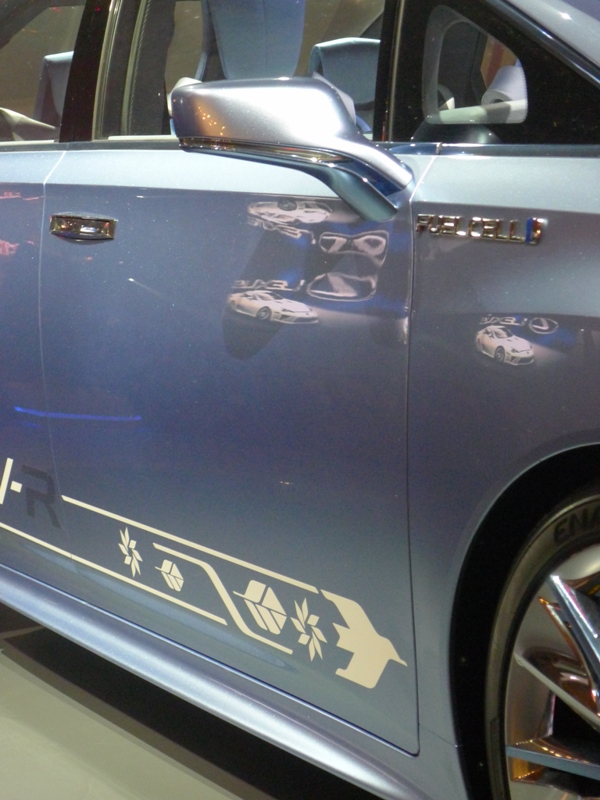 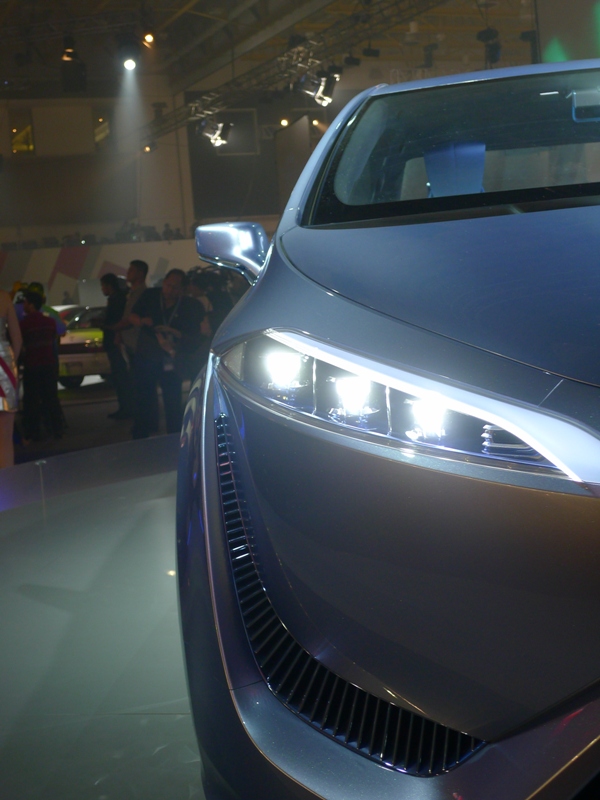 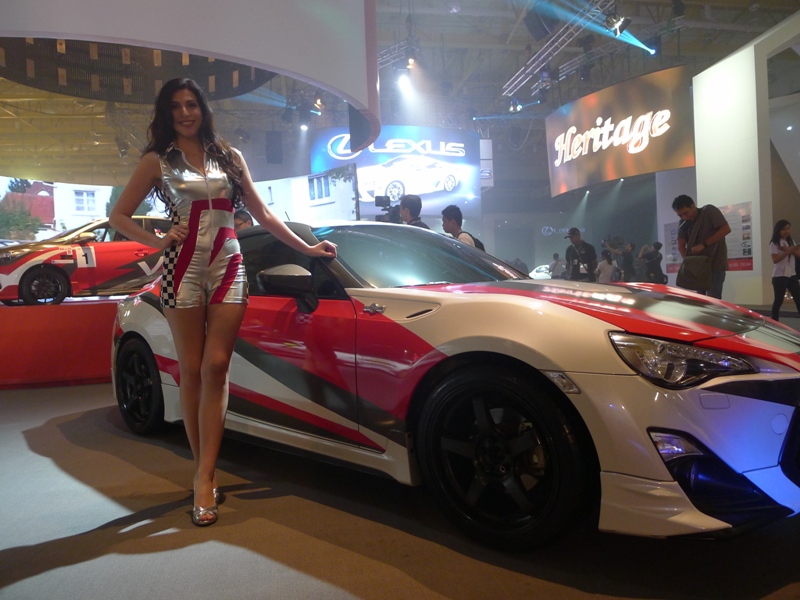 The next section I went to highlights the current models offered for the Philippine market.  I suppose everyone would be well aware of these cars, since you will practically see them everywhere you go.  Below are some of the most popular models in the market today.

The Corolla – who would not be familiar with one?  It is one of the world’s most popular and best selling models, with more than 40 million units sold over eleven different generation models.  Its bigger brother, the Camry is here, too.  It is also a very popular model, classified as a luxury car in the Philippines.  The name “Camry” is an Anglicized phonetic transcription of the Japanese word kanmuri, meaning “crown”.  It follows Toyota’s tradition of using the crown name for the primary models – hence, the names “Crown”, “Corona”, “Corolla” (Latin for small crown), and so forth.  That’s according to Wikipedia, mind you.  Wikipedia helps make you feel like you’re a trivia master. 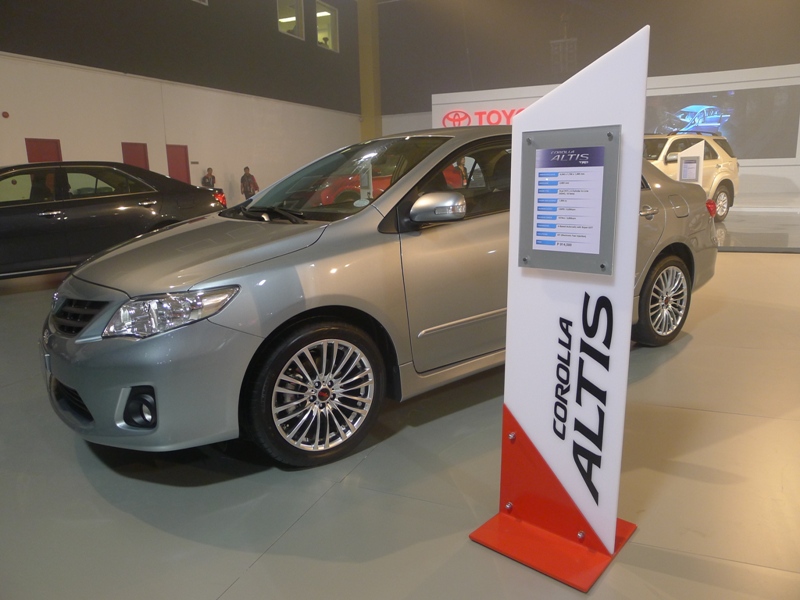 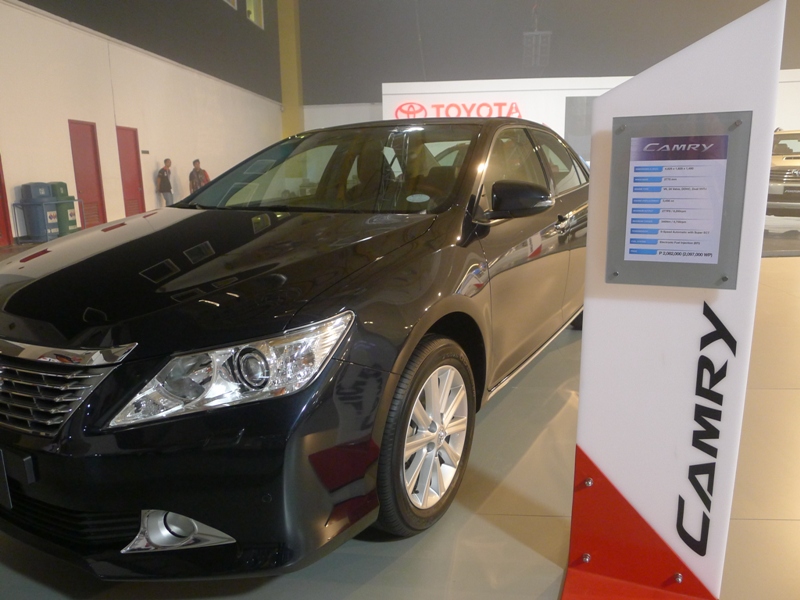 SUVs are also best-sellers, what with Metro Manila experiencing flooding every now and then.  When you’re in an SUV, you just feel like there’s no flooded street you can’t cross!  Better be careful, though – just let other vehicles cross the flood first and observe how high the waters actually are.  Don’t say nobody ever informed you (no pun intended, if you get the “drift”). 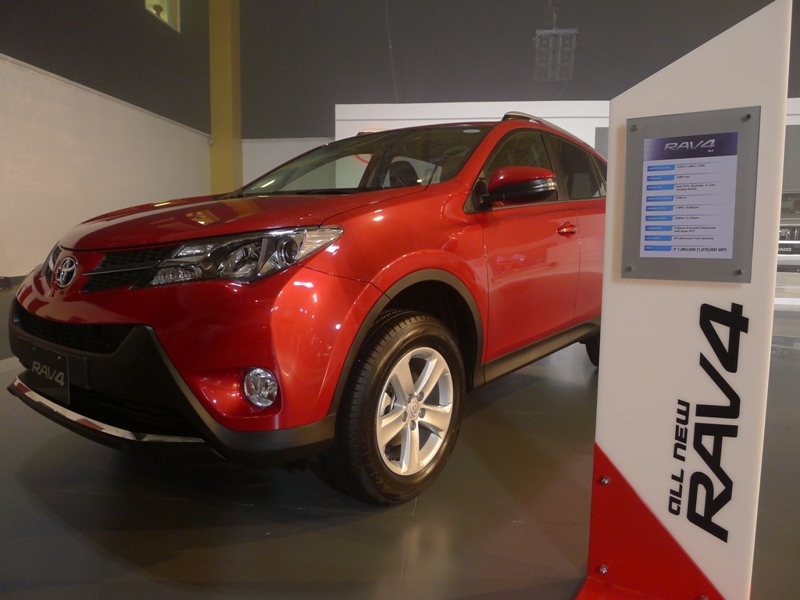 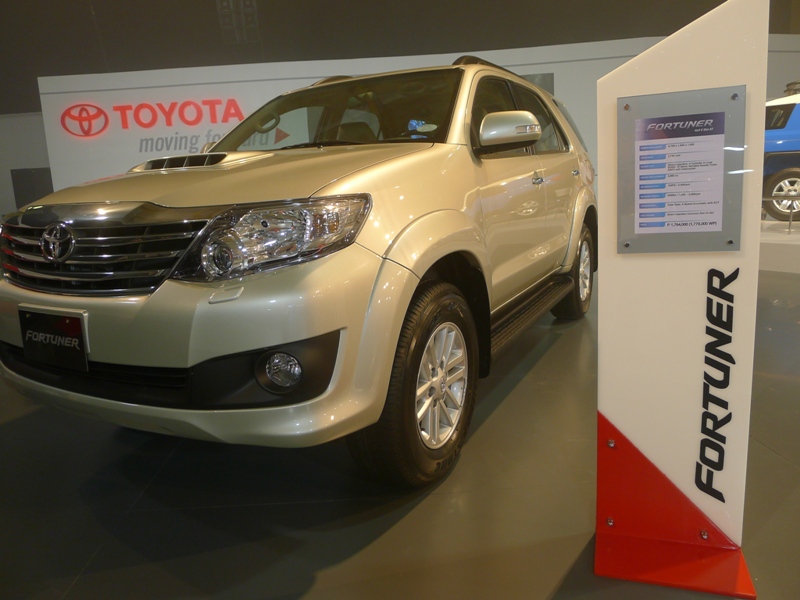 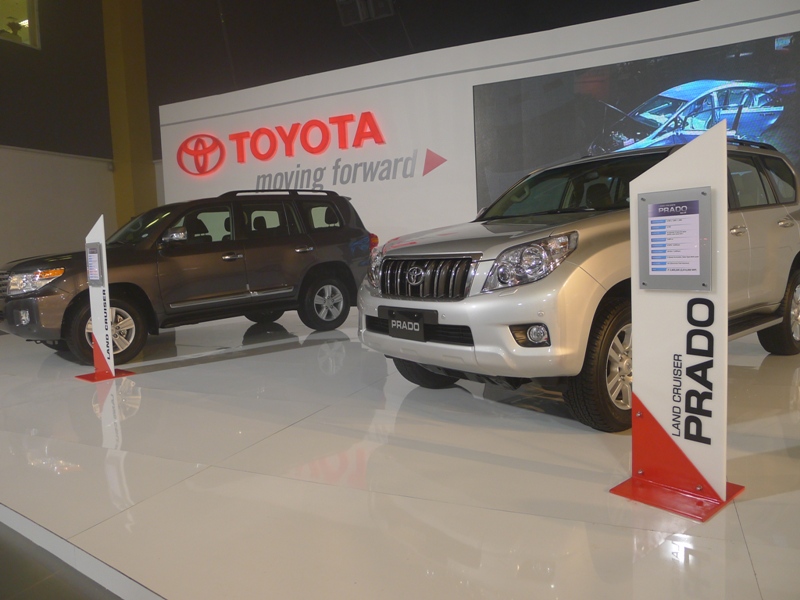 Hauling stuff and people?  Unless you were practicing to join the annual car stuffing contest in UP, you better use either a pickup truck or a van.  Toyota offers options for both, as seen below.  Versatile options like the Innova and the Avanza are also on display. 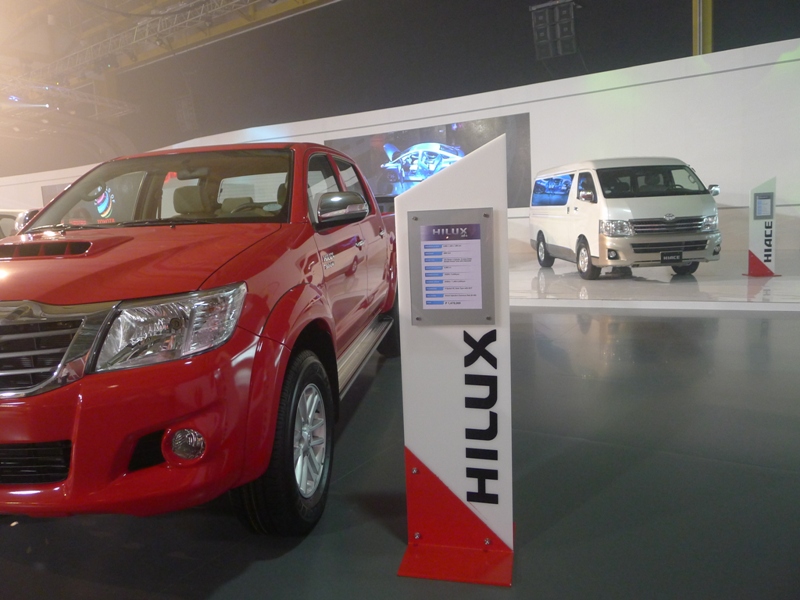 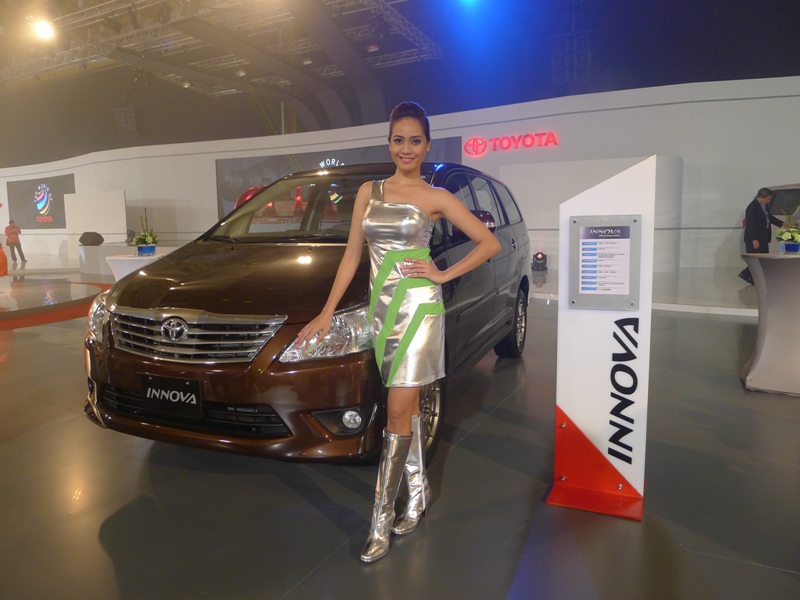 Feel the need for speed and porma but a little short on the budget?  Well, step right up to the Toyota 86!  It’s a pocket rocket, looks great, runs fast, and doesn’t cost all four limbs like European cars do.  Well, maybe you’d still have to fork over an arm and a half, a kidney, and a spleen, but I’m sure you wouldn’t mind since it will all be worth it anyway.  Of course, you get what you pay for, right?  Those of you with the actual money to buy this one, I envy you. Seriously.  Let me borrow it sometime? Please? 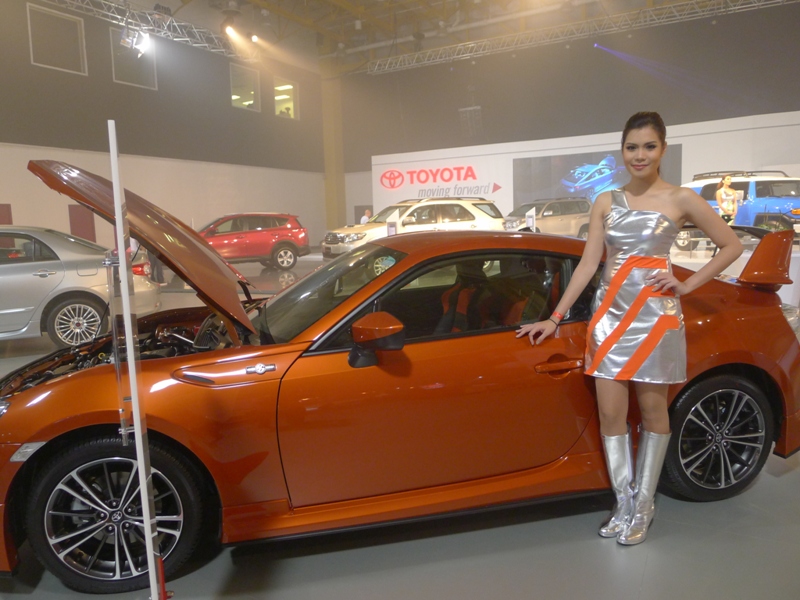 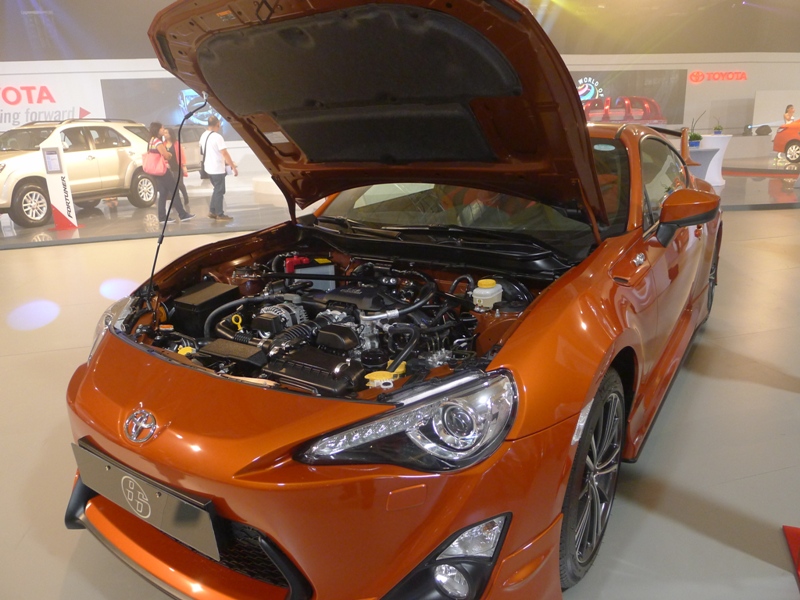 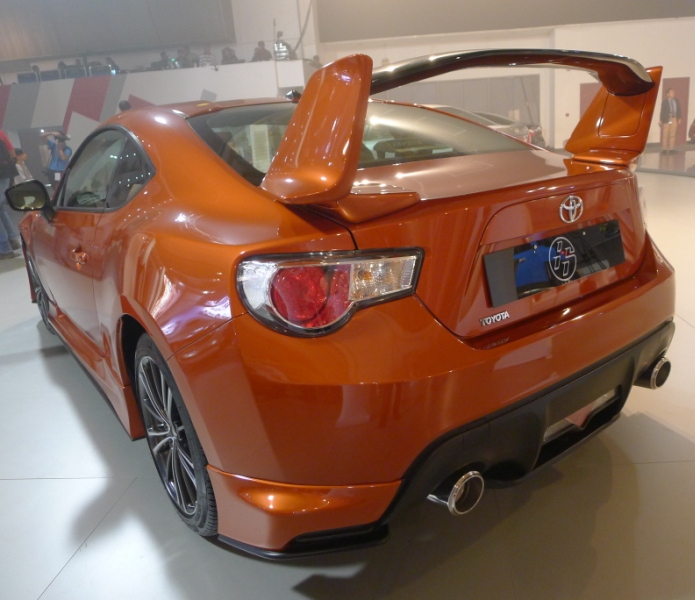 Feeling guilty about your carbon footprint and want to go a little green?  Take a look at the Prius C.  Mating a 1.5L VVTi engine with a powerful battery, the Hybrid Synergy Drive assures performance and extreme fuel-efficiency in a lightweight and compact body.  The engine and battery combination work together to ensure the most efficient way of running the car.  Now you can still drive around and not do so much damage to the environment. 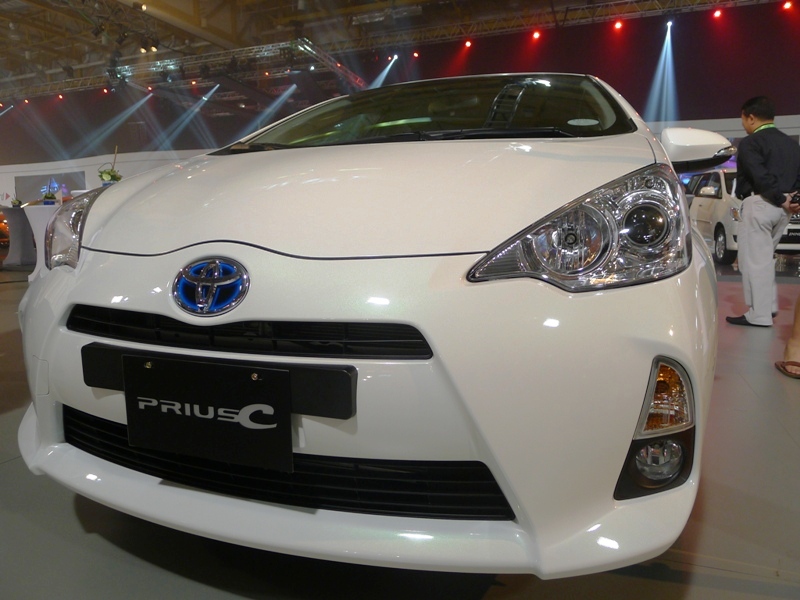 Toyota’s newest baby is also here.  Meet the latest generation Vios.  Redesigned body, great styling, a roomier interior, and clean lines make this car a must-have for the yuppies and the young-at-heart.  It’s a great choice for a first car.  I expect to see a lot of these on the roads in the coming months. 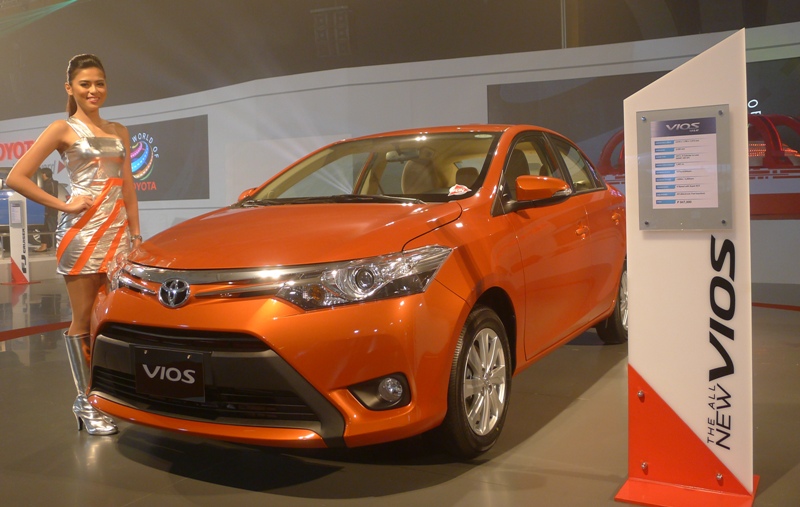 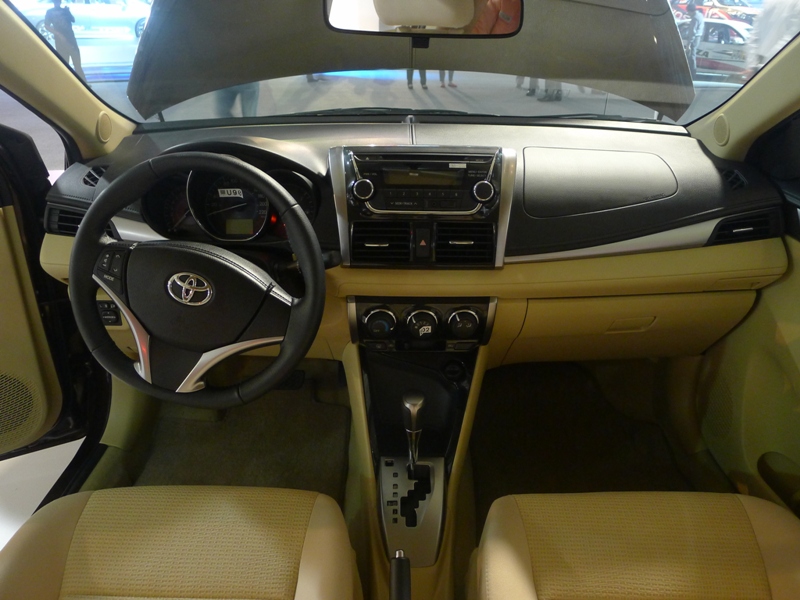 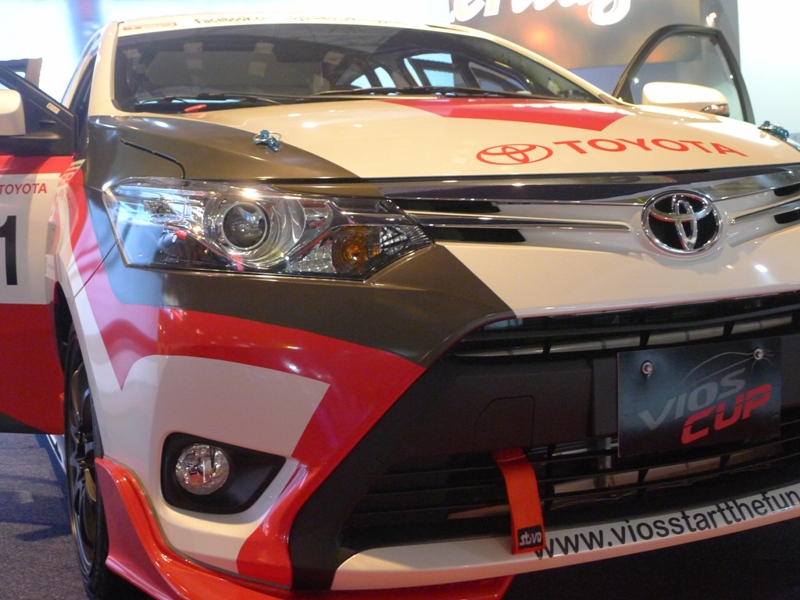 A section of the display also showcases Toyota parts and accessories for your car, as well as accessories and apparel for you.  Cute TRD teddy bear for your girl = 100 pogi points. Now go there and find that teddy bear coz it’s not in this picture. 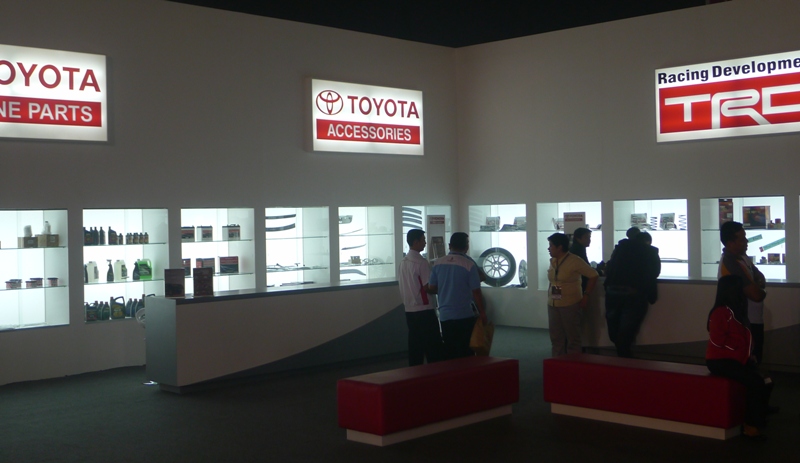 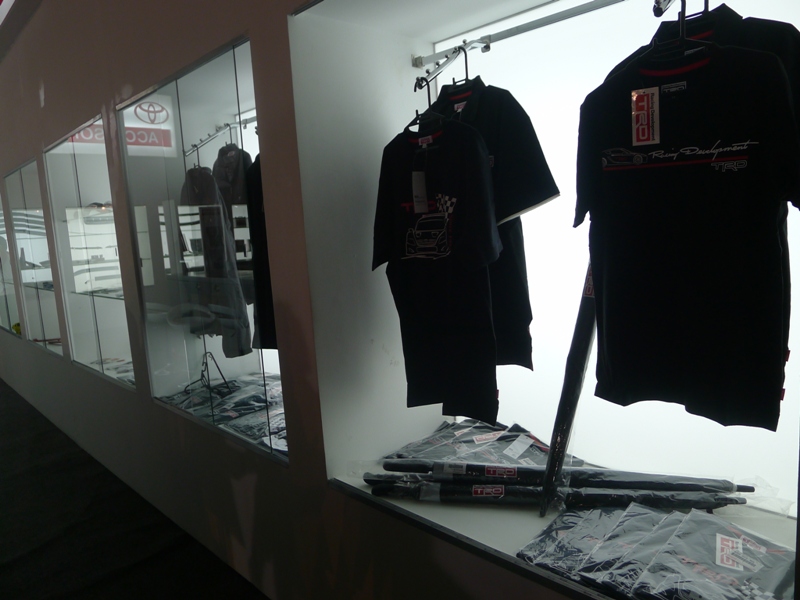 Want to shake off the missus and the kids so you can ogle at the models?  Well, you can park them here at the kids’ playroom or at the Tamiya RC Race area, where the kids can play and your wife should be keeping a close watch on them.  Off you go to look at the models!  The cars, I mean. 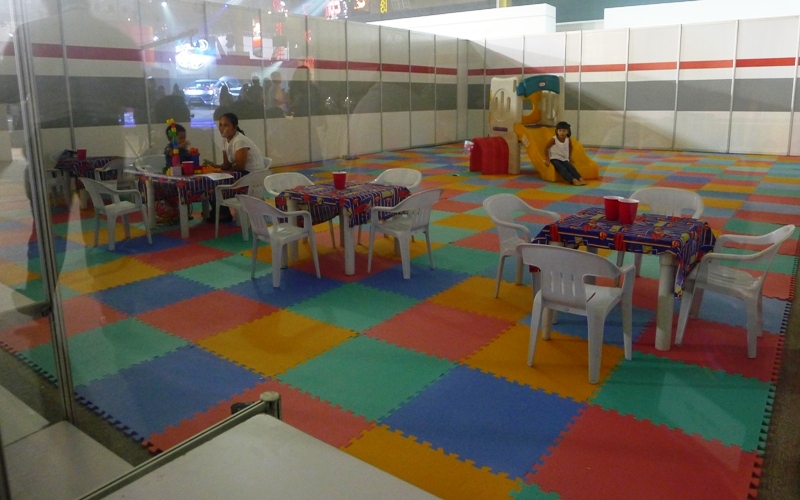 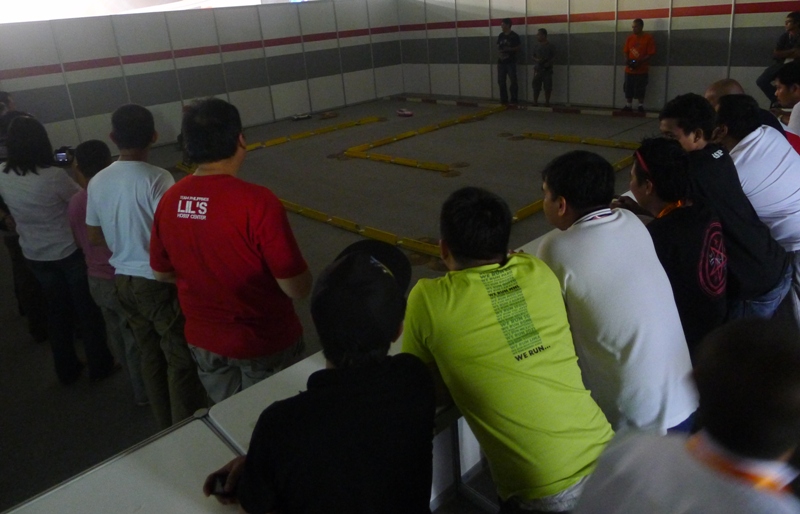 There are other activities on schedule, as well.  They include test-drives, driving exhibitions, car club meets and exhibits, discounts and raffle draws, and a lot more.

Man, all that walking around made me hungry!  Us invited guests were treated to a lunch from Bizu.  Here, we had choices including pasta, caviar finger foods, risotto balls, roast beef, and dessert sweets!  That’s not me in the picture with the full plate.  I ate a modest amount, hehe!  I finished it off with a glass of wine, and later a cup of coffee before I went for home. 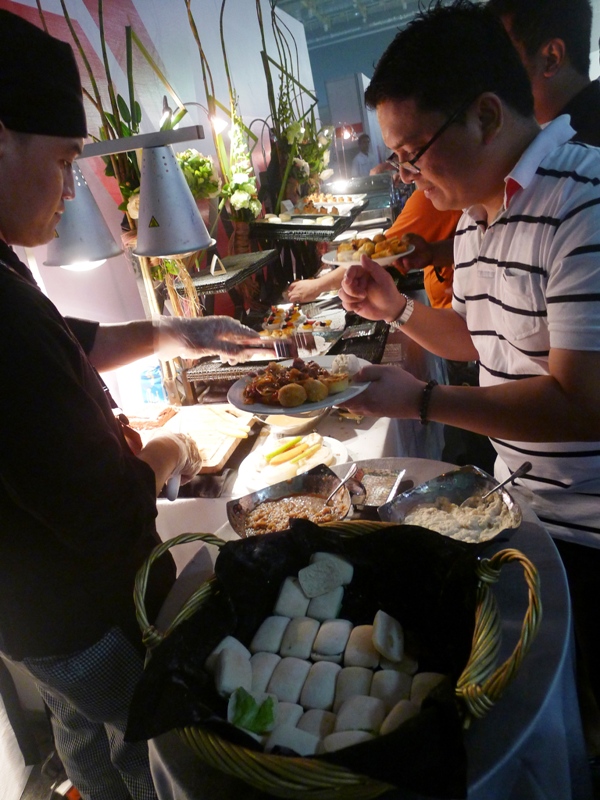 I’m gonna buy me an 86!  I really want one!  Actually, I want two – so I can still drive one while the other is number-coding-banned on the streets.  Can’t afford the real thing, though, and I guess the next closest thing is this Tamiya model kit.  Yes, I can afford that. Even two of those, I guess. 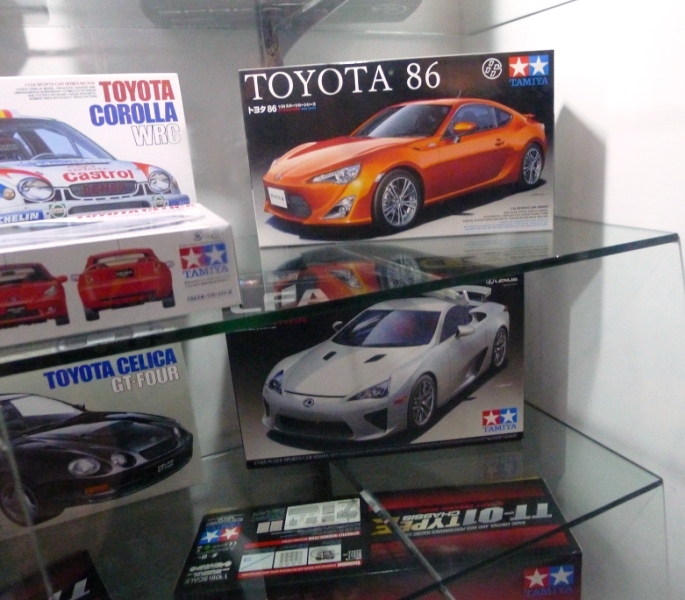 The World of Toyota is an amazing display of Toyota’s past – its struggles and its rise to be one of the top Japanese carmakers today.  Toyota has been a part of the Filipino’s past as much as we have been a part of Toyota’s growth.  You will also see that because of the past, Toyota has learned to build efficient, practical, fun driving machines that we can enjoy today.  Any model you choose will be an embodiment of decades of Japanese innovation and technological savvy.  Fast forward to the future and Toyota will be there all the way, at the forefront with driver-centric design improvements and new fuel systems that lighten the load on our planet’s environment. 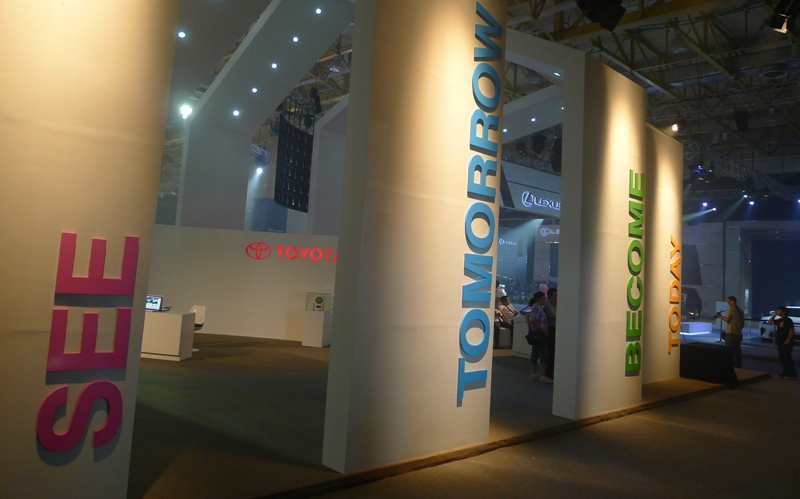 Thanks to Charlynn and AC of Digital Minds Group for inviting us! 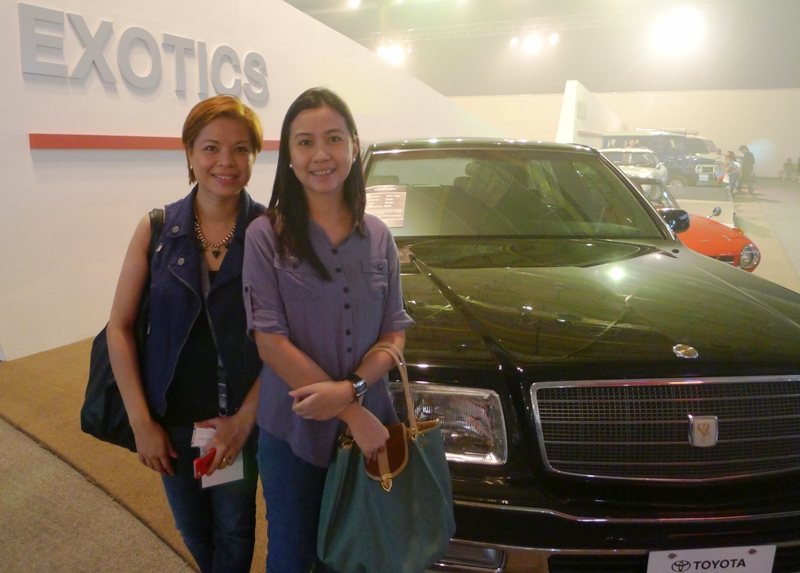