Look what I found today: 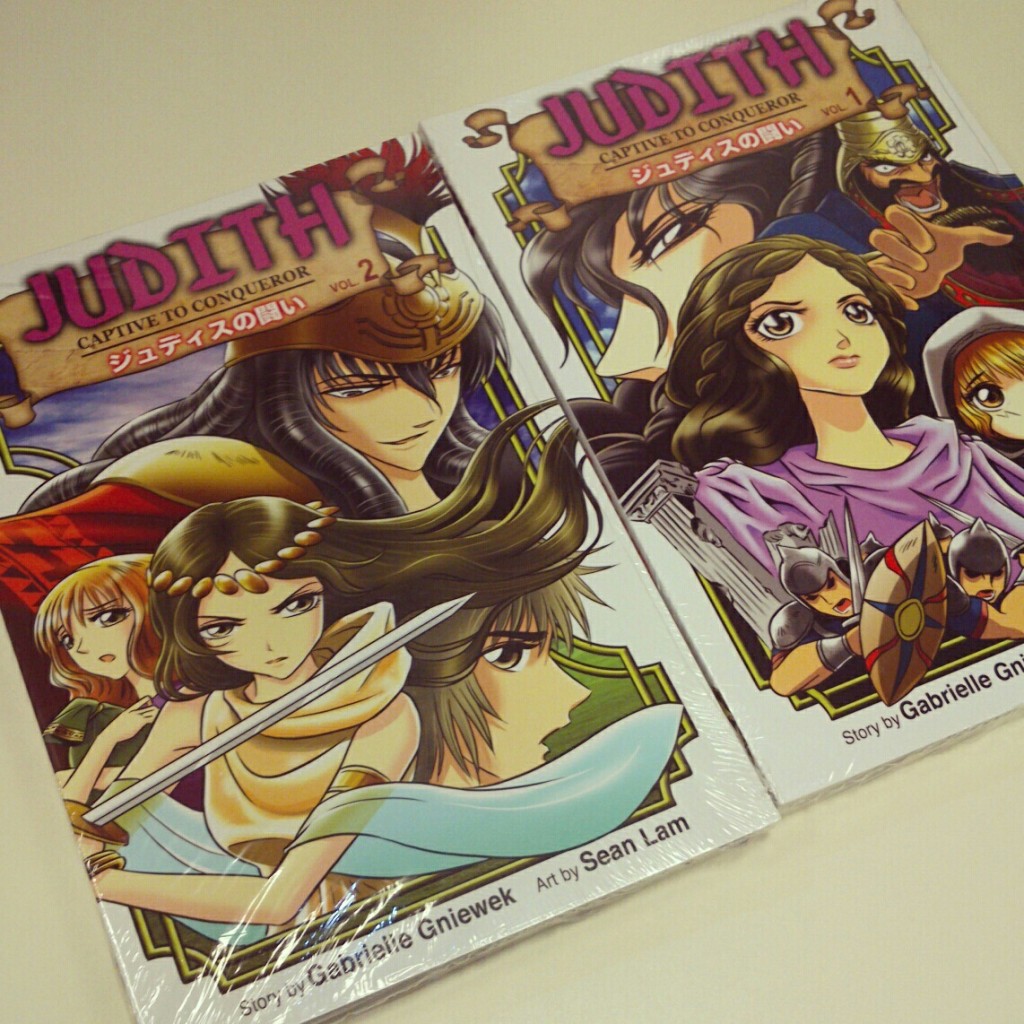 Two-volume Manga books on the story of Judith – one of the prominent heroic characters in the Bible that’s female.   I got them from this little bazaar selling prayer books at the office today for….(drum roll, please)….P25.00 a piece.   So these two books are just P50.00 (or just a little over a dollar).   Winner!

You may not know this but I am a big fan of stories on women in the Bible.    After all, my name was taken from a biblical character, Leah, sister of Rachel.

There is this writer that I really like, Marek Halter, who authored these wonderful books on the Canaan Women:  Zipporah – the wife of Moses, Sarah – the wife of Abram and Lilah – the sister of prophet Ezra.   He’s a very good storyteller whose words will really transport you back to the ancient Middle East where women with courage and faith were a rarity.  I didn’t know how fascinating the lives of these Caananite women were until I chanced upon the book of Zipporah at Book Sale.   I liked it so much that I went to find the other 2 books to complete the trilogy.

The other book by Halter, the one about Mary – Mother of Jesus, is the only one I haven’t gotten hold of yet but I hope I would, soon.

I also like the story of Esther, which is very similar to Judith as both delivered the Jews to their freedom.  But unlike Esther who’s a Queen,  Judith was a widow.  Her story was also more action-packed compared to those of Esther, the Caananite women and rest of the female characters in the Old Testament.  She was, in fact, famous for taking off the head of Holofernes, the Assyrian general who has long oppressed the Jews.   Judith’s act, brutal as it was, became a symbol of the Jews’ struggle and liberation.

There’s so much to learn and realize when you read the stories of these Biblical women.   Their rich history, culture and values are all very inspiring.

Can’t wait to start on my Manga books tonight….